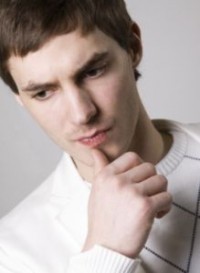 Identifying Teens at Risk for PTSD:

Many teens are exposed to emotionally traumatic events, putting them at risk for developing post-traumatic stress disorder (PTSD).

A new study found online in the Journal of the American Academy of Child & Adolescent Psychiatry helps clinicians target those who are most vulnerable to developing PTSD.

Researchers from Boston Children’s Hospital analyzed data on 6,483 teen–parent pairs from the National Comorbidity Survey Replication, a survey of the prevalence and correlates of mental disorders in the United States.

They discovered that 61 percent of the teens (ages 13 to 17) had been exposed to at least one potentially traumatic event in their lifetime, including interpersonal violence (such as rape, physical abuse or witnessing domestic violence), injuries, natural disasters and the death of a close friend or family member.

Nineteen percent had experienced three or more such events.

Of all teens exposed to trauma, 4.7 percent had experienced PTSD under DSM-IV diagnostic criteria.

Recovery from PTSD was complicated if the teen:

Need help for your teenager and live in the Redding, California area? Ron Huxley, founder of the Parenting Toolbox, is open to helping families through his private practice starting September 2013. If you prefer a consultation (not therapy) via Skype or email, click on the “Parenting Answers” link here or contact Ron at rehuxley@gmail.com.