Did you have a parent who was out of control when they got angry? Are you afraid if you express your anger, you will get out of control? Learn a healthy way of expressing and learning from your anger.

There is much to learn from anger, yet many people are afraid of this feeling because they don’t know how to express anger in ways that are helpful rather than harmful. I teach a process at my weekend “Inner Bonding” workshops called “The Anger Process.” This powerful process, which is described below, is not only for releasing pent-up anger in harmless ways, but for discovering what your responsibility is in a conflict with another person.

Often, when I describe this process in a workshop, some people get anxious and want to leave. They are afraid of anger and of expressing their anger. This is invariably because they come from a family where one or both of their parents or other caregivers were angry in a mean, violent way – a way that caused harm to others. These people are so afraid of being like their mother or father that they repress their anger, taking it out on themselves instead of others.
Neither dumping anger on others nor repressing it and taking it out on yourself is healthy. Anger expressed in these ways is about controlling rather than learning. Venting anger on another is about controlling through intimidation and blame. Anger dumped on yourself is about controlling feelings that are harder to feel than anger, such as fear, anxiety, loneliness, heartbreak or helplessness over others.

Anger is an important emotion. It informs us that we are thinking or behaving in ways that are not in our highest good. You may have been taught that other people’s behavior causes your anger, but this is generally not true. Others may behave in ways that you don’t like, but your anger at them is frequently a projection of how you are not taking care of yourself – a way to control them rather than take care of yourself.

It’s important to differentiate between blaming anger and justified anger, which can be called outrage. Outrage is the feeling we have when there is injustice, such as seeing someone abuse a child. Outrage moves us to take appropriate, loving action in our own or others behalf.
Blaming anger comes from feeling like a victim and gets us off the hook from having to take personal responsibility for ourselves. This anger does not lead to learning or to healthy action.
The anger process is a way of expressing anger that leads to learning and growth. When people in my workshop want to leave rather than do the process, I explain that it is very important for them to reassure the frightened child within that this anger is not like their father’s or mother’s anger – it is not being expressed with the intent to control. It is being expressed with the intent to learn.

The “Anger Process” is a 3-step process that is done when you are alone:

Step three is the most important part, because it brings the issue home to personal responsibility. If you just do the first two parts, you are left feeling like an angry victim. The anger that comes from being a victim is a bottomless pit, and will never lead to learning and resolution.

Once you understand that you can express your anger with an intention to learn, your fear of your own anger will go away. You don’t have to repress your anger in order to not be like your parents.

Books by this author

This Blogger’s Books from

Ron Huxley’s Resolutions: Over the years I have trained people on how to manage their anger and there is one big truth that I try to get across: Anger management is life management. As we enter into a new year, stop focusing on managing your emotions…emotions don’t want to be managed. Start focusing on life changes. Get out of the abusive relationship. Get some professional help through a marriage counselor, psychologist or doctor. Start getting healthier. Do whatever it takes to change your life and you will see anger lose its hold on you. 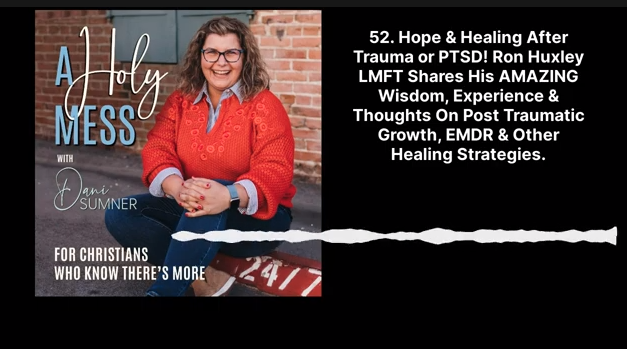