Here are seven things that definitely need to be covered:

Parents owe it to their children to have a discussion about God, whether they’re believers or not. It’s a subject that is too hotly contested around the world to ignore as evidenced by the ominous ten-year anniversary that’s fast approaching. So whether you’re a bible-thumping Baptist or a card-carrying atheist, discussing why you believe, or why you don’t is an absolute must. And when you do, you’ll have the perfect opportunity to teach your child that regardless of what your beliefs are, tolerance of others’ beliefs is essential.

A lot of people have a hard time talking about sex with their spouse, much less with their children, but it’s imperative to tackle this issue early and often. How early is impossible to say, but if your kids are old enough to ask, then they’re old enough for the talk. About the birds and the bees, that is. Follow up conversations are crucial if you want your child to have a healthy understanding of and respect for sex. If you do, odds are they’ll better understand when sex is and when it is not appropriate. Not to mention practice it safely when the time is right.

You don’t exactly have to keep your eyes peeled for tragic stories involving fatalities due to underage drinking and drug use. It hurts to even read such stories, but one day it might hurt even worse if you don’t turn them into learning experiences by discussing them with your children.

When it comes to drugs, parents like you as well as kids and teenagers can find advice here at teenzeen.org.

For many children, death first rears its inevitable head in the form of a pet. For others, it comes at the loss of a beloved family member. No matter what your child’s first exposure is, a brush with death will always trigger a number of question which need to be handled delicately. But just because the questions stop doesn’t mean that the wondering has. You’re not being morbid if you re-visit the topic from time to time to make sure there aren’t lingering concerns. You’re being a good parent.

At some point, children naturally begin to wonder about money — about where, exactly, their family stands in the pecking order of wealth. And when they do, it’s best to remind them that wherever they stand, it’s just that: a pecking order. Which, of course, means that inordinate concern for all things material is for the birds. A discussion about money opens the door to a discussion about values and if you tackle the issue aggressively, your children stand a better chance of never mistaking their self worth with their net worth.

No one likes a bully. And unless your kids turns into one, it’s likely that he or she will be bullied at some point in time. But bullying usually starts gradually. So keep your eyes and ears open. And at the first signs of bullying, act aggressively by encouraging your child to stand up to the bully with a respectful yet forthright approach. With enough coaching your child will handle such encounters with confidence. And the funny thing about bullies? They usually crumble in the face of such confidence.

On the one hand, our kids know all about the Internet. After all, it is to them what the TV was to us. Yet on the other, no one really understands the Internet thanks to it’s virtually limitless reach and astonishing immediacy. If you don’t believe me, ask Karen Owen, the Duke student who sent an email to a few close friends only to have the topic of that email go viral just days later. That topic? A tongue-in-cheek powerpoint presentation of her various “sexcapades” which caused great embarrassment and harm to all involved, especially the creator. It’s impossible to understand the power of the Internet. But if you convince your kids of that very fact, they stand a greater chance of not learning that lesson the hard way. You talk to them all the time about their real lives, so be sure to discuss their virtual ones as well.

Okay, now that we’ve got some of the must-discuss topics out of the way, time to point out that there are also some things you should not discuss with your kids. Here are three that immediately come to mind.

Everyone knows that a divorce can be devastating for a child. As a stepdad, I’ve seen it firsthand. It’s for that very reason that parents should never discuss marital problems with their children. In most cases, all you’ll do is confuse your child. And have them constantly worrying that a divorce may be imminent. It’ll be bad enough if and when it actually happens, so until then, keep it under wraps.

Do your in-laws drive you nuts? What about that loud and obnoxious nephew? Or the selfish biological parent of your step child? Well, sorry to hear it, but do your child a favor and keep all that to yourself. Unless someone poses a specific threat to your child, why in the world would you stop him or her from loving anyone? Besides, if you plug in hard enough, you just might find that the person you’re not so fond of is A-OK after all.

Remember back in the day when you thought your mom and dad had all the answers? Well guess what? Your kids believe the exact same thing about you. I know, laughable, but perception is reality. So the last thing you want to do is  shatter that “reality” by discussing your own self doubts with your children. That doesn’t mean that you can’t discuss difficult situations which you managed to conquer. After all, every child can learn from stories like that. But it does mean that you shouldn’t bombard your children with the issues that keep you up at night. All that will do is make them feel the same insecure. A better approach is to put a confident foot forward even when you’re feeling anything but. After all, things have a funny way of working out when you approach them with confidence and faith. And wouldn’t you rather teach your kids that than treat them like your therapist?

6 Axioms of Step Parenting
The Golden Rule of Parenting? Judge Not.
Parenting Through Crisis: Keeping Perspective During Extreme Stress

Ron Huxley’s Remarks: This is a great article on important subjects to talk to your children about and maybe even more importantly, what not to talk about… 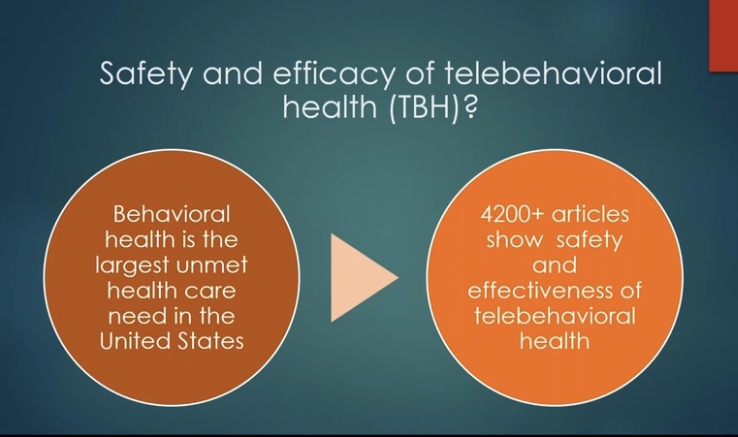 The effects of COVID-19 has resulted in many business and services moving to remote work. This has many benefits and costs for society and this is especially true in the field of mental health. Traditionally mental health was done face-to-face, in a office with a licensed therapist. At times, it took place in the clients […]